To better understand the operation of this circuit, the following article is recommended: Zener voltage regulator.

How the 12V to 9V DC Converter works?

As in the zener voltage regulator from the above suggested link, a series resistor is used (R1 and R2 are used in parallel on this case).

The output voltage of the circuit is the zener diode voltage plus the transistor base – emitter voltage. (Vout = Vz + Vbe). Vout = 8.2 + 0.7 = 8.9 volts.  A greater variation of the output current is allowed using the NPN transistor. This is not the case when the zener diode is used alone. 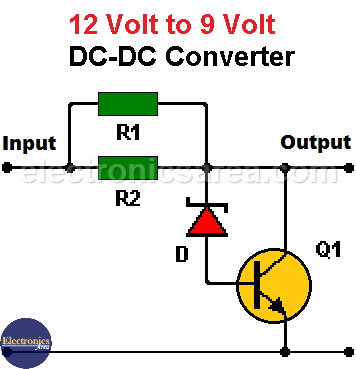 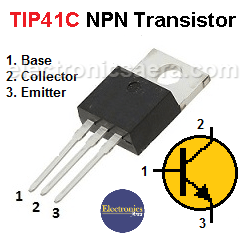 List of components for the 12V to 9V DC converter

The following diagrams shows a suggested printed circuit board (PCB) and an approximate view of the final circuit appearance.

You may also like:  12v to 5v Converter Circuit