This automatic night light circuit with an LED is simple, interesting and very easy to do. The circuit allows a better understanding of the operation of a phototransistor and thus be able to use it in other applications.

The project is powered by a button-type lithium battery (CR2025 or similar) and only one LED is used in order to make it as efficient as possible.

A common red LED is used in the circuit, but it can be replaced by an LED of another color without problems.

So when daylight is gone, the LED will light. For the circuit to be transportable a button type battery is used. This battery is similar to those used in electronic devices such as calculators, watches, etc. 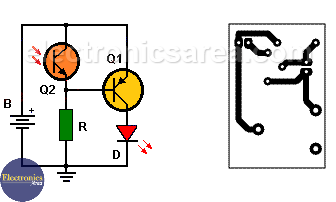 When daylight illuminates the phototransistor, it becomes conductive and the voltage at its emitter rises.  The emitter voltage goes up enough so the voltage level at the base of the PNP transistor (Q1) causes the transistor to go into cut-off region. If the transistor is not conducting, the LED is off.

When night comes, the phototransistor enters it cut-off state and the voltage at its emitter decreases, thus the transistor Q1 has a base connected to ground through resistor R, causing it enters into conduction and the LED lights. 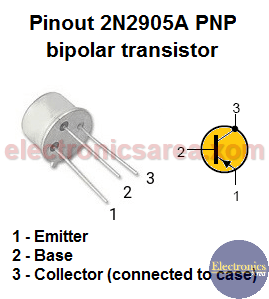 To control the light level at which the LED is activated, you can change the resistor R by another of similar values. I do not suggest putting a potentiometer because it enlarges too much the final circuit. Although you can use a trim or a hollow shaft potentiometer if you want. The circuit requires about 13 mA when the LED is on and a few hundred uA when LED is off.