How to measure Beta of a transistor?

The beta of transistor is the amplification factor between the base current and the collector current. We can measure Beta of a transistor (current gain) using a voltage-current converter and current-voltage converter.

Beta (β) is a characteristic of each transistor. This feature is found in the NTE, ECG manuals, etc. These manuals have a minimum or approximate values of the real values. This means that we do not know the real beta of a specific transistor.

Keep in mind that two transistors with the same name (e.g. 2N2222) may have different betas. The circuit below allows us to obtain the value of beta, for a specific transistor.

Circuit to measure beta of a transistor

How the Circuit to Measure Beta of a Transistor works?

The current-voltage converter is easily implemented, with an inverting amplifier that does not use an input resistor. The base current flows through the virtual ground (point X), whose voltage is not affected by the current, while the output VB is proportional to this current (Ib), at the input of the operational amplifier. 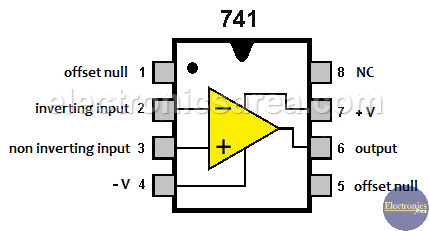