How to Build a Logic Probe using two transistors (PCB)

The logic probe will require very little current from the circuit under test due to the 1 megaohm resistor (R1) in series with the tip and high impedance of the two transistors in Darlington connection. 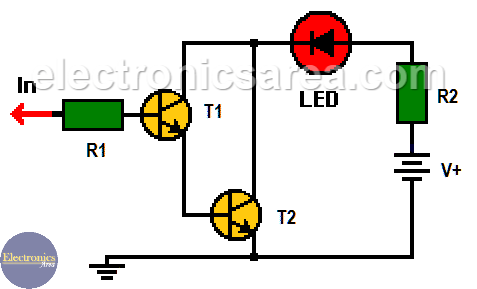 This circuit, due to its few elements, can be implemented in an elongated printed circuit board in the form of a pen for easy use.

The following images show a suggested circuit board to implement this logic probe and a diagram with an estimated appearance of the final result. 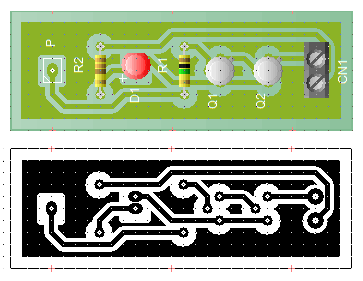 The printed circuit board must be fitted with a metalic tip connected to point P to serve as a test lead.

The power cables are connected to the CN1 terminal of the printed circuit board. Each of them (one red for the positive terminal and one black for the negative negative terminal), with an crocodile clips to connect the power source of the circuit under test or to connect an external voltage source.