How to Protect the Multimeter’ 500mA Fuse?

It is very important to protect the 500mA fuse of a Multimeter due to the high frequency that these are burned.

In many occasions when current is measured, the 500mA limit is exceeded. This happens because we forget to change the multimeter red tip so that it can measure amps.

This circuit is very useful because it avoids opening (disarming) the multimeter to make the change of fuse, with all the lost time that this means, without taking into account that sometimes it is difficult to find a fuse with the same characteristics. 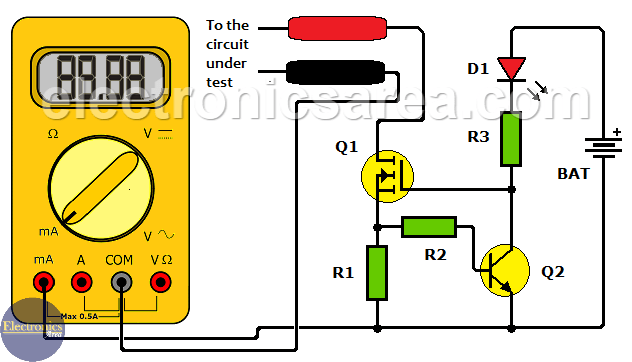 How does this circuit protect the 500mA fuse of a Multimeter?

When a current of 500mA passes through resistance R1, there is an approximate voltage drop of 0.75 V between its terminals. This causes the transistor Q2 to conduct and the LED D1 turns on, warning us visually of the problem.

This LED and its associated limiting resistor can be replaced by a 9V Buzzer, to change the visual warning by one of auditory warning. If you do not want any of the above warning options, you can replace the Buzzer with a 10K resistor.

The gate voltage of the FET (VG) will fall to a level at which the source drain current (IDS) will be limited to a safe value of 500mA. 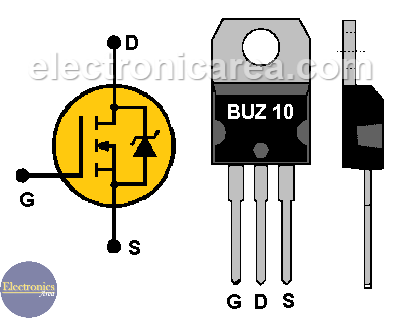 It is suggested to do some tests first to establish the final value of the R2 resistor and obtain a maximum current that is less than 500mA (for example 490 mA) and thus make sure that the fuse does not burn accidentally. It is also suggested using a heat sink for the FET.