Many of these regulatory power circuits have an activation point and a deactivation point that do not match. This phenomenon is called “hysteresis” and is common on TRIACs and other electronic components.

Resistor R3 and capacitor C3 are used to filter the high voltage transients that may appear on the circuit. The potentiometer P and capacitor C2 are elements necessary to trigger the triac. (using phase control) 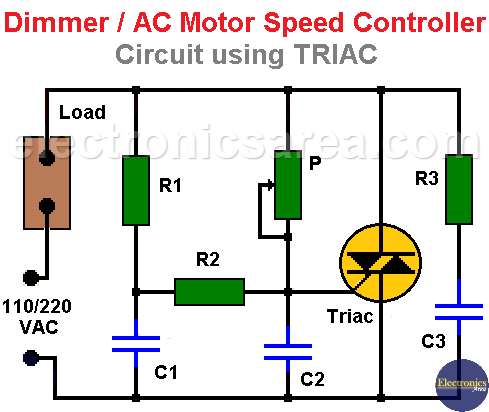 Triac controls the flow of alternating current to the load, switching between the conduction state and the cut-off state, during the positive and negative half cycles of power supply (110/220 VAC that comes from the electric outlet of our homes).

It should be clarified that the capacitor  in an AC circuit, has an out of phase voltage with respect to the original signal. The following image shows the moments the TRIAC is triggered (small red triangles) and the voltage waveform that reaches the load. 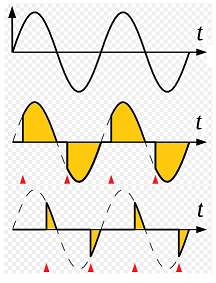 Moving the potentiometer knob, we can control the amount of current flowing to the load and thus the electrical power dissipated in it. To correct the hysteresis of the TRIAC, resistors R1 and R2 and capacitor C1 are used. 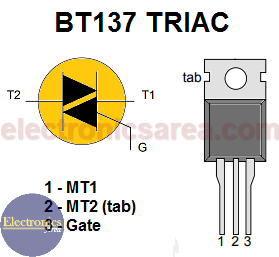