Triac is a semiconductor device that belongs to the family of thyristor control devices. It is essentially two SCR connected in parallel and backwards, sharing the same gate. (See the diagram). It is only used with alternating current and like the SCR, it is triggered by the gate.

How does a TRIAC work? 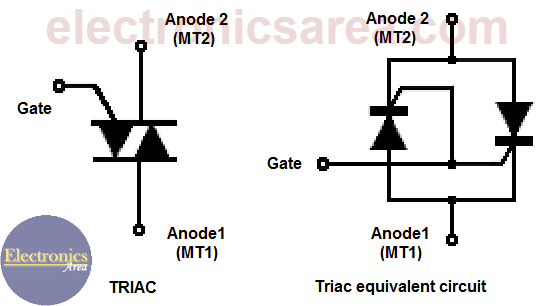 It is possible to control the moment the TRIAC is triggered (the moment the signal is applied to the gate) and the time each SCR is ON. (Remember that a SCR is ON only when it has been triggered (activated) and there is a minimum positive voltage between anode 1 and anode 2 for each SCR.

Then, if we can control the time that each SCR is ON, it is possible to control the current that is delivered to a load and therefore the power consumed.

A very common application is the incandescent lamp dimmer (a phase control circuit). 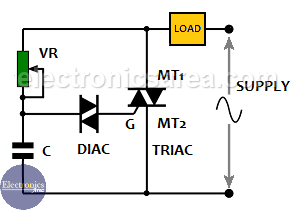 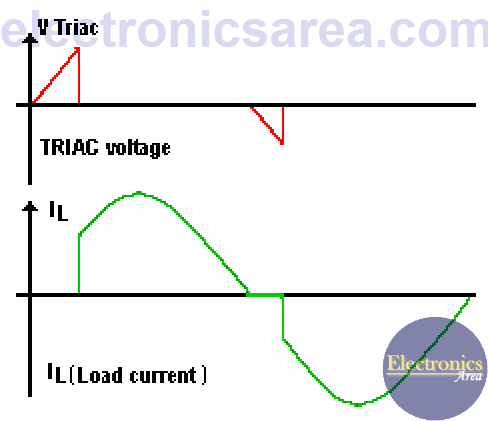 Triac controls the flow of the alternating current that passes through the lamp (load), changing continuously between the “on” state and the “cut off” state.

Moving the potentiometer knob, change the charging time of the capacitor, increasing or decreasing the phase difference between the power supply voltage and the voltage applied to the gate.

Note: the phase difference between two signals is the angle (time difference) between the signals when they cross the x axis (the time axis).