Voltage is the electrical potential difference caused by the accumulation of electric charges on a point, or a material. If we remove electrons from a material, its total electric charge will be positive. Remember that we are removing electrons, which are negatively charged, from a neutral atom which has no charge.

This causes the atom is no longer neutral but have a positive charge. We can see that there are 6 protons in the atom (positive charge) and 4 electrons (negative charge). In conclusion, the total charge is positive. 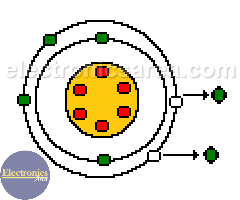 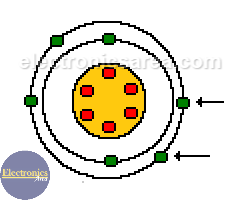 If we have two materials with different levels of electric charges, then we say that there is a potential difference between them. To change the electric charge of a material it is necessary to apply energy to the atom. There are several methods for doing this: 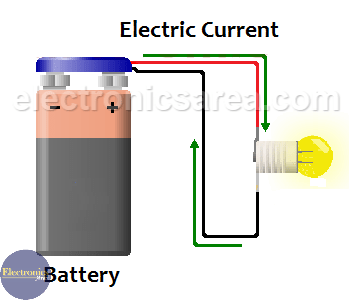 From the above we can find another more simple explanation: “Voltage is a kind of force that push charges through a conductor”. The larger the potential difference, the larger the force.

So, to get a lamp like the one in the figure to light up, a current must flow through the wires to which it is connected. For this to happen there must be a force called electromotive force (EMF) or to better understand a “voltage”.

Unit of voltage is volts.