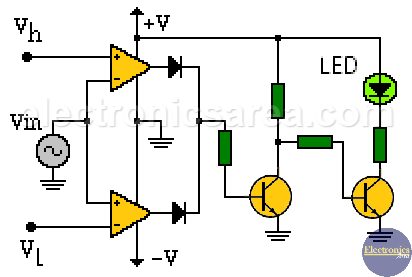 LED will only light up when the outputs of the two op amps are at a low level indicating that the Vin signal is within the range of allowable voltages. Then the first transistor will be in its cutoff region and function as an inverter, and the second transistor will enter its saturation region, turning on the LED. 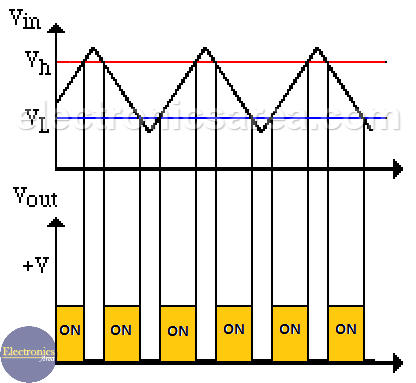 From the two previous diagrams it can be clearly seen that the LED lights up when the input signal (triangle wave) is below the upper limit (red line) and above the lower limit (blue line).

A high level at the output of either of the two operational amplifiers would activate the LED or alarm circuit (through a relay) that indicates that the signal is not within the range of voltages for which the comparator was designed.