PUT is not a UJT (junction transistor). This transistor is a device that, unlike the common bipolar transistor, which has 3 layers, NPN or PNP, has 4 layers. It has 3 terminals like other transistors and are called: K (cathode), A (anode), G (gate).

Unlike the UJT, this transistor allows to control the RBB and VP values ​​that are fixed in the UJT. PUT conduction parameters are controlled by terminal G. 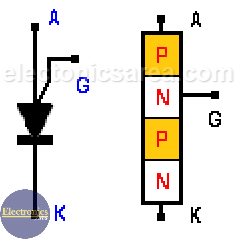 This transistor is polarized in the following way: 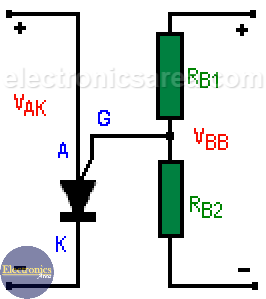 The main difference between the UJT and these transistors is that the RB1 and RB2 resistors are internal resistors in the UJT, while in the PUT these resistors are on the outside and can be modified.

Although both transistors are similar, the Ip is weaker than in the UJT and the minimum operating voltage is lower in the PUT.

Only until the voltage at “A” reaches the value Vp, this transistor will turn on and remain in this state until “Ia” (current through the transistor) has decreased in value.

Operation of an oscillator using a PUT

Capacitor C is charged across resistor R until the voltage at “A” reaches the voltage Vp.
At this time, the transistor is activated and begins to conduct.
Voltage in VG drops to almost 0 (zero) volts and transistor turns off,
This process is repeated continuously (oscillation). 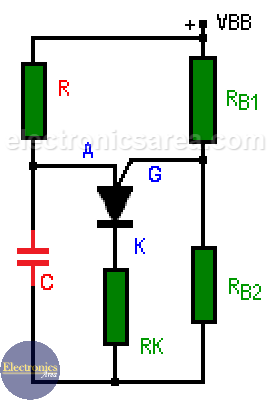 Waveforms of the voltages at C, K and G are shown below. 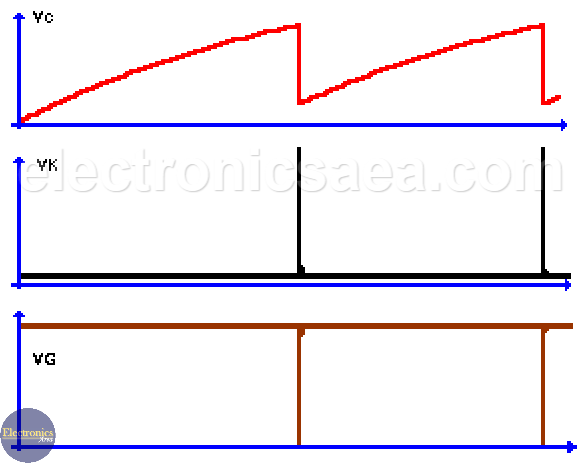