DIAC (Diode for Alternating Current) is a bidirectional trigger diode, specially designed to trigger TRIAC and thyristors. This component is a voltage-triggered device.

How a DIAC works

It has two terminals: MT1 and MT2 and works as two Zener diodes connected in series, but oriented opposite.

Conduction occurs when the voltage value of the zener that is connected in the opposite direction is exceeded. In other words: DIAC is a diode that conducts electrical current only after its breakdown voltage, VBO, has been momentarily reached. 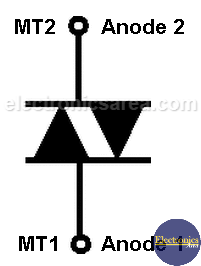 This component does not normally conduct, but has a small leakage current and conduction occurs when the drive voltage is reached.

When the trigger voltage is reached, the voltage across the DIAC drops and it conducts, allowing the necessary electrical current to pass through and the SCR or TRIAC to be triggered.

It is mainly used in power control applications, using phase control. Its characteristic curve is shown below. 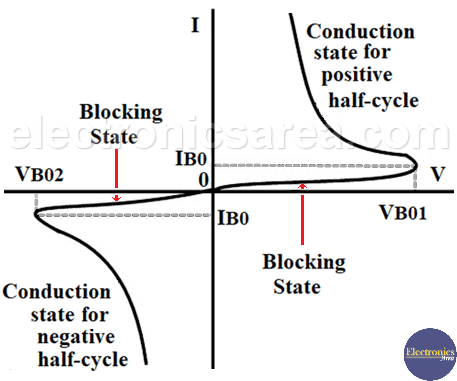 The characteristic curve shows that when: 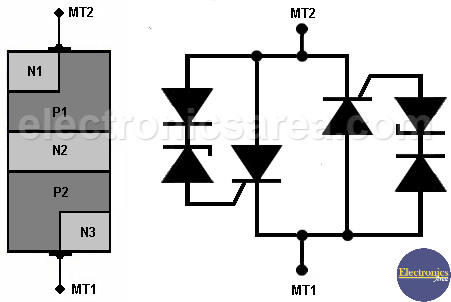 It is typically used in circuits that control the phase of the current passing through a TRIAC so that only voltage is applied to the load for a fraction of the input voltage cycle.

It can be used in lighting control (dimmer), for speed control of an AC motor, electric heating, etc. 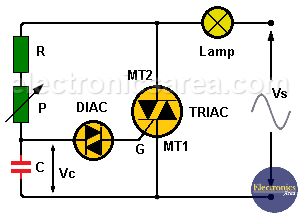