Parts of a DC Motor

The rotor rotates in the center of the DC motor and is composed of conductor cable windings. The direct current is supplied to the rotor of the motor by means of “brushes” generally made of carbon.

Note: Winding are composed of conducting wires that have a specific purpose within an engine.

When a conductor through which a direct current flows is placed under the influence of a magnetic field, a force is induced on it (the conductor) which is perpendicular both to the magnetic field lines and to the direction of the flow of the current. See the following  image. 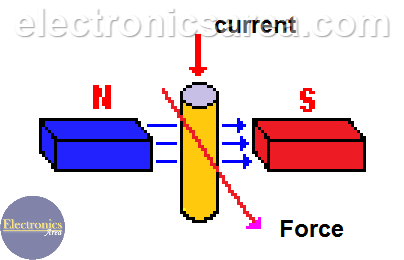 To better understand how this conductor is placed with respect to the rotor axis rotation and to understand why is there a rotation movement. 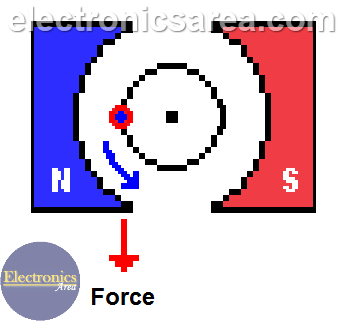 In this case the current through the conductor flows entering the image.

In the rotor of a DC motor there is not only one conductor cable but many. If another conductor is included exactly on the other side of the rotor and with the current flowing in the same direction, the motor will not turn because the two forces exerted for the motor rotation are canceled. See this case in the following diagram. 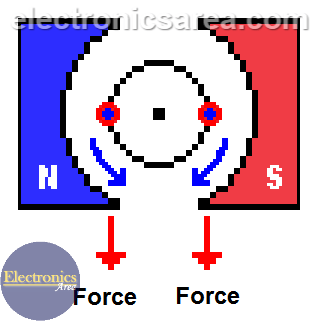 The force with which the motor rotates (the motor torque) is proportional to the current flowing through the conductors. The higher the voltage, the more current there will be and the higher the torque.