The SCR (Silicon Controlled Rectifier) is a 4-layer semiconductor device that works as an almost ideal switch. Its symbol and structure are shown in the first image. A = anode, G = gate and K = cathode.

To better understand its basic operation, an equivalent circuit is shown in the second image below. 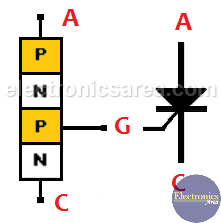 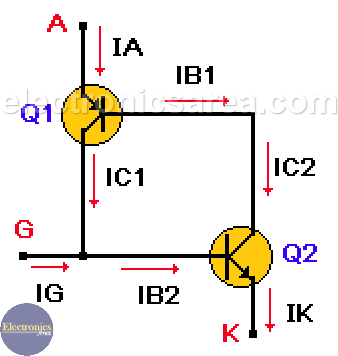 Characteristic curve of the SCR

The picture below shows the relation between the switching voltage and the gate current. 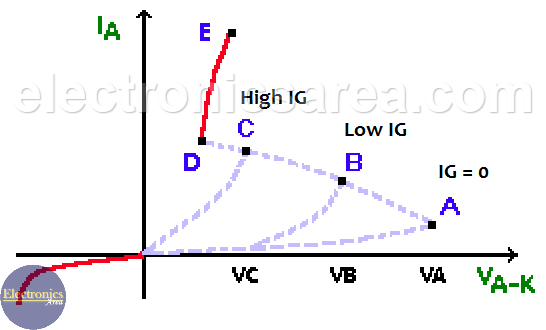 Below are two scr of different power. The one with more power is on the left. 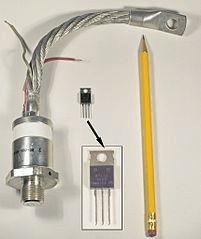