What is a Schottky Diode?

The Schottky diode or Schottky Barrier Diode, unlike the semiconductor diode that has a P-N junction, has an N-Metal junction. These diodes are characterized by their switching speed and low voltage drop when they are forward biased (typically 0.25 to 0.4 volts).

Its symbol is showed on the following diagram.

This diode works almost like the ideal diode, unlike the common semiconductor diode. However, it has some features that make it impossible to use in power applications. 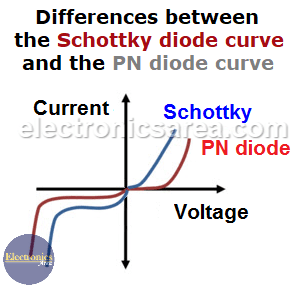 Also, when it is forward biased, has a low voltage drop causing small energy consumption.